The title of the European Tree of The Year goes to Spain! A thousand years old oak tree boasts of the title

The prestigious The European Tree of the year contest title goes to Spain for the first time. The precious thousand years old oak tree has won the title. The tree is situated in a village of Leccina and the oak tree has received historically the greatest amount of votes. It has received so much as 104 264 votes. Other opponents have stayed behind for a great amount of votes.  The second place also belongs to another veteran tree; and it is from Italy, it is a plane tree from Curringa which has received 78 210 votes. The third place belongs to the unusual and exotic Oriental sycamore tree with impressive 66 026 votes. 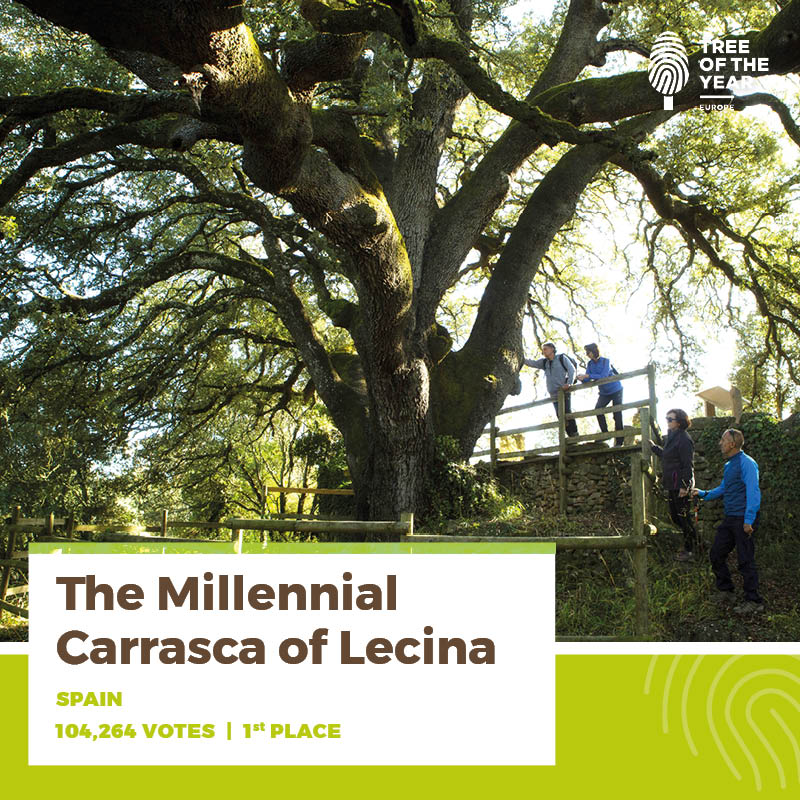 Although the pandemic again had moved the final to the internet. The competition had been unusually successful according to the organizers´ opinions. A record number of votes 604 544 in total have been recorded in the year 2021. It is more than double fold from previous years. This fact also regards to our finalist tree 700 years old oak tree from Drnava which has received an amazing 30 055 votes. Although our oak tree from Drnava obtained the 13th place, the results were really tight and literally tens of votes have decided on the results. It is a nice result, says Martina Ragalová, from Ekopolis Foundation which cooperates with the European tree of the year contest.

“We have been thinking how to surprise our followers and the general public who were about to watch the results of the contest. Therefore we have decided to create a short animated film on this year competition hoping that it will cheer them up. We want that our competition to give people what nowadays they need the most, a nice piece of nature,  green spaces and a cheerful hope for a better future“ said Josef Jarý, the coordinator of the contest from Environmental Partnership Association.

The European Tree of the Year is organized thanks to Environmental Partnership Association, European Landowners´ Organization and under the patronage of the PMs of European Parliament Ludek Niedermayer and Michal Wiezik.

The legends tells about times when witches used to live in the mountain rage of Guarra where they used to dance around the oak tree and they used to celebrate it. About a thousand years later it is exactly thanks to a connection with people that it still stands firmly in a small village of Alto Aragón, only with 13 habitants. It is still a place where people meet to celebrate events. Although the tree is very old it is still filled with life  and it stands close to the houses in the surrounding. The dances of witches and the neighbours´ care about the tree is the secret for its longevity. „This contest reminds us that trees are not just the basis for our climate but also serves us a source of energy. Furthermore each tree has its unique story. Therefore I want to express my sincere thanks to all the people who have participated in the competition The European Tree of the Year which is a competition where everyone is a winner,“ adds Luděk Niedermayer, the MP of the European parliament, also the benefactor of the competition. This year´s results announcement has taken place jointly with online conference „We plant the future“ which the EPA has addressed to European Commission´s plan to plant 3 milliards trees out till the year 2030. 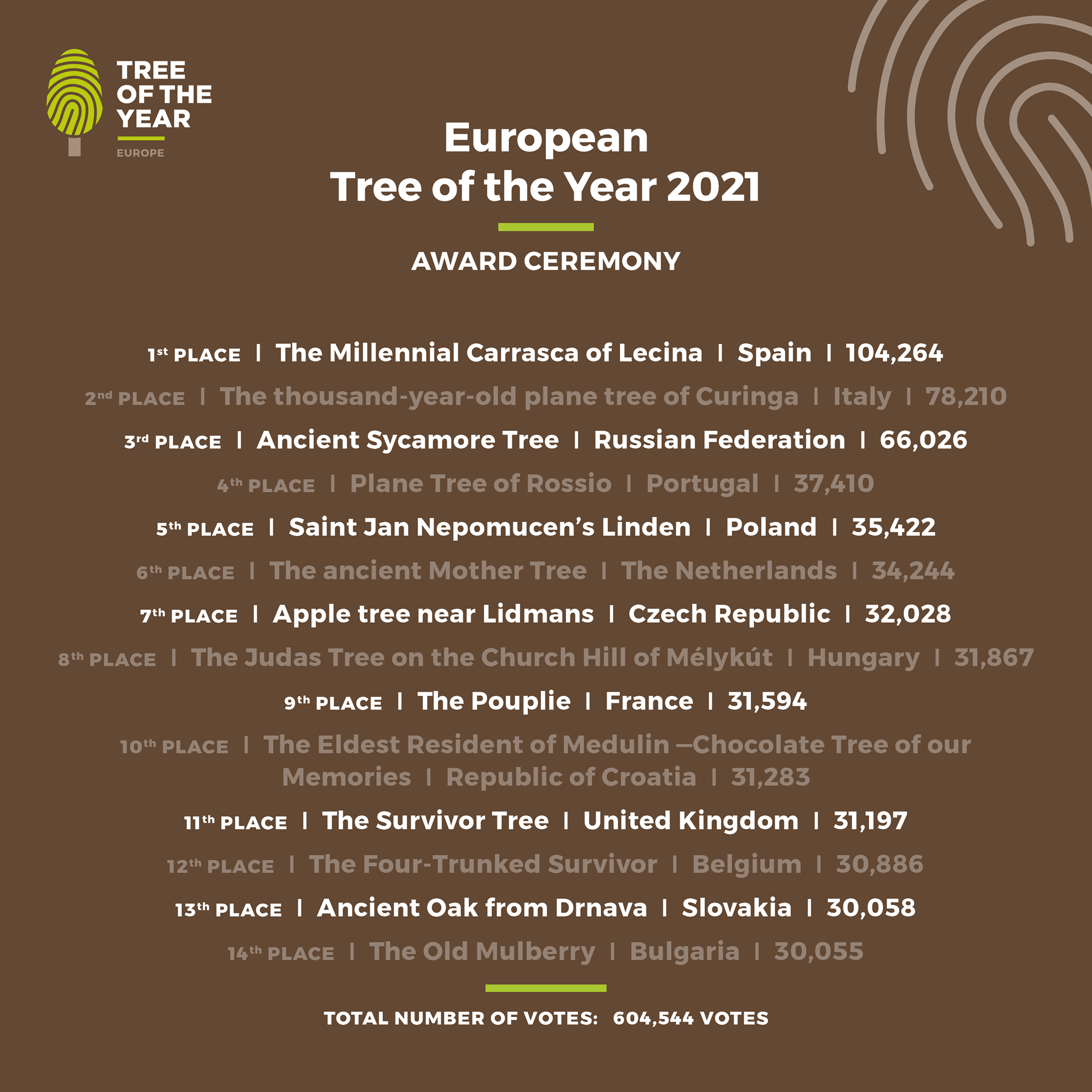 Environmental Partnership Associacion (EPA) is a group of six foundations from Bulgaria, Czech republic, Hungary, Poland, Rumania and from Slovakia which supports projects which specializes in protecting environment and encouraging local communities. EPA has supported those kind of projects with endowments to the total amount of 10 millions E during its 20 years of existence.

The Tree of the Year – is a competition which focuses on the exceptionality and importance of trees as a natural and cultural heritage of Europe. At the same time the competition points out environmental importance of the trees in the whole ecosystem. The competition The Tree of the Year does not seek the most beautiful tree; but it seeks  the tree with the story which is rooted in people´s lives; in the work of people and the community which surrounds the tree. www.thetreeoftheyear.org